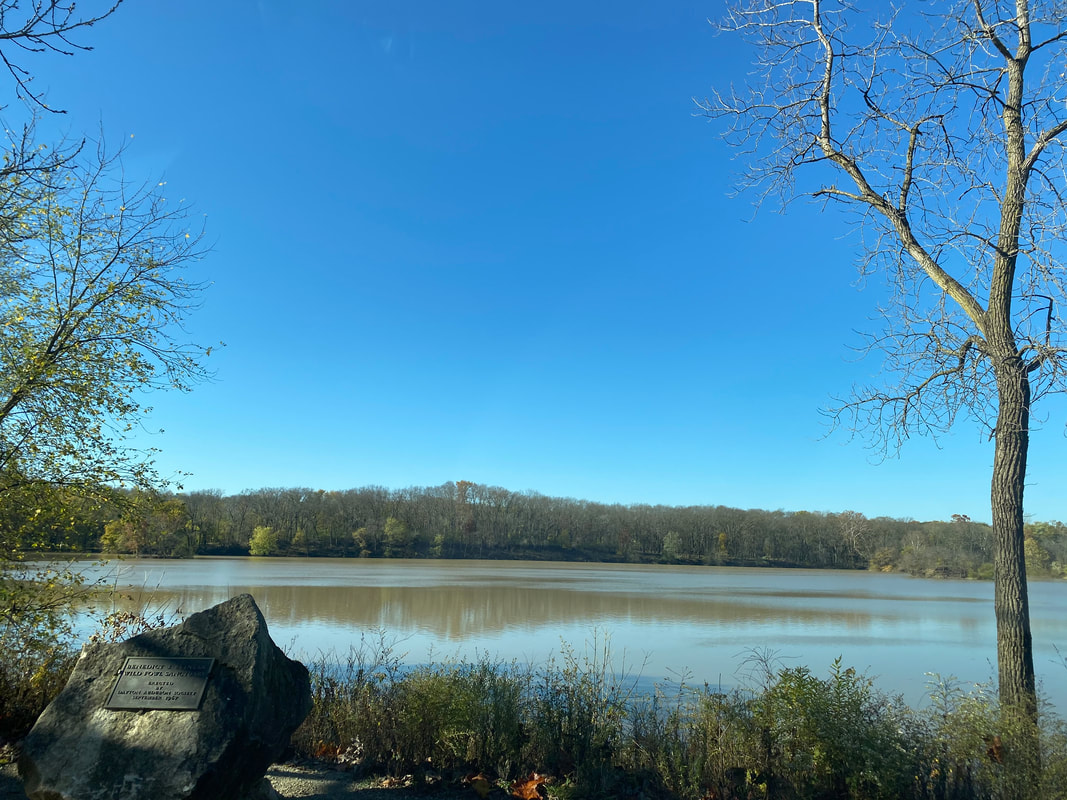 ​
(Photo taken by me.)
Only at one area of the Englewood Metro Park can there be a specific view such as this. The large expanse of water is known as the Englewood Recreational reservoir. This area is a designated sanctuary for the local wild fowl, which includes a variety of birds both in the air and in the water. During the early morning hours, there might be fishermen sitting on the banks seeing what is available in the water. Other people may be walking different paved and unpaved paths, or even playing disc golf. The space has become a recreational area for people and for the preservation of nature.
The Englewood Metro Park is only one of many other Metro Parks in the Dayton area. It was back in the year of 1963 when citizens realized how much urban areas were starting to expand, and how little the areas of nature were to remain. This is when the local Metro Parks started to develop, and acres of these forested and open spaces of land were purchased for the purpose of preservation. In these parks, many different creatures are able to live life with less interaction with urban settings and the dangers that come with it. One might see squirrels skittering around, or a variety of birds such as cardinals, robins, and even turkey vultures at certain times (“History”).
It once went untouched by human, no asphalt roads or parking lots by the water. No wooden shelters to hold family reunions or birthday parties. There would have been no grills or picnic benches. Before, the sycamore trees and shrubs would have dominated more area with no human implemented structures blocking them. However, a lot still remains intact, even after the forested area became a recreational center for people. It has become accessible and pleasant for outings and allows the appreciation of nature.